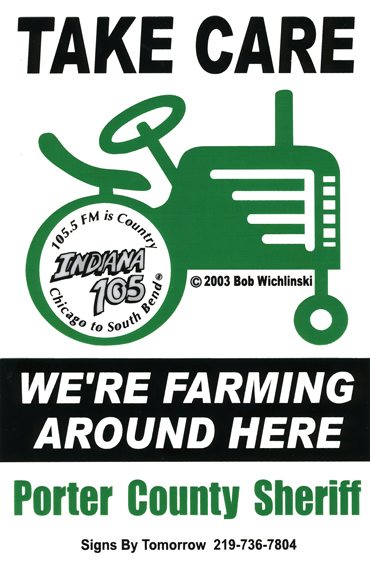 From the Region News Team

Spring and fall mean area motorists will be at times sharing some roads with farm vehicles, and one Region resident started an awareness effort more than a decade ago to help make sure everyone stays safe.  Bob Wichlinski founded the “Take Care, We’re Farming Around Here” local awareness program in 2003.  Wichlinski , who moved to rural Porter County several years ago from suburban Chicago, says as became involved in local agriculture, he could see the problems that stem from drivers not used to occasional encounters with large, slow-moving farm equipment having to use the roads for short distances during planting and harvest time.  “You could see clearly that there was a misunderstanding of the interaction between that single passenger vehicle and the tractor, or the combine, or the hay wagon,” Wichlinski said, and motorists getting frustrated.  “Don’t play chicken with a combine,” he stressed, “it’s not going to end the way you want it to.”  When Wichlinski was Trustee of Porter Township, he started a special awareness campaign together with the Sheriff, Highway Department and County Commissioners to get the message out, an effort that includes roadside signs and education. You can hear more about it at News Audio on Demand here at our website. 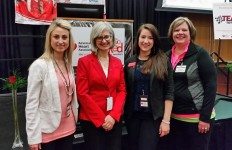