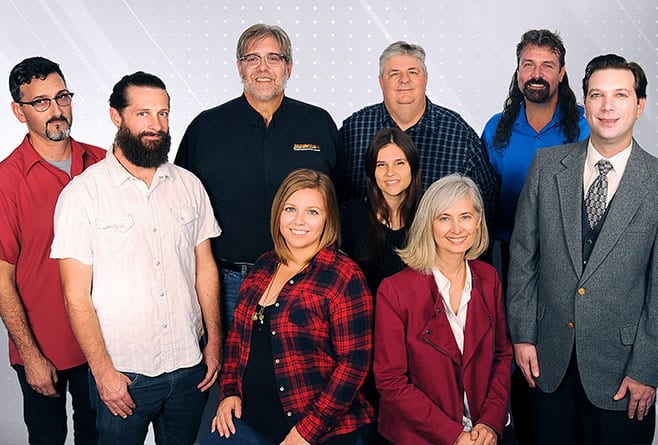 When you hang out with us, you can be sure we’re talking about life in the Region. In fact, most of us grew up here.  The Region listens to Indiana 105 for great country music and all these good friends who live and work right here in Northwest Indiana – just like you!  (left to right: Phil King, Karl “KB” Berner, Steve Zana, Annie Fox, Alycia Tassone, Scott Rosenberg, Laura Waluszko, Mike “The Mullet Man” Summers, Brent Brown) 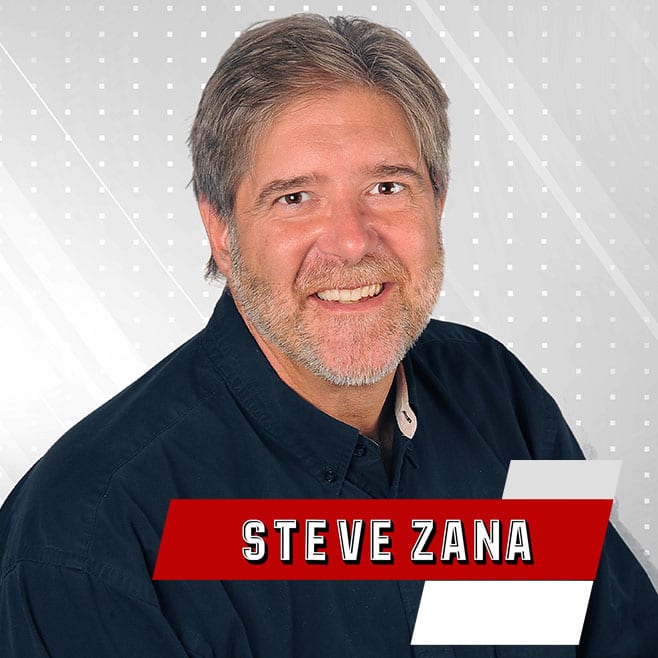 What was it like going to high school in Belgium?

I graduated high school in 1979 from the International School of Brussels. It was very much like an American high school. The big road game of the year was in Berlin. We had prom too, but mine had a cash bar.

What was your very first job as a kid?

I mowed grass. Dad let me use the family mower and would buy the gas.

What was your most embarrassing moment in radio?

I came in for my shift thinking I was late, and I was 12 hours early.

What was your first date with wife, Colleen?

We went to the movie “The Game.” It did not go well. We would not go out again for 6 months, but we have been together since the second date.

You’re a poker player. Which of your Dawn Patrol coworkers would be the worst bluffer?

I have played with KB and he is very good. Annie and Laura are smart. I think, to be honest, I am the worst bluffer. They would all clean my clock. 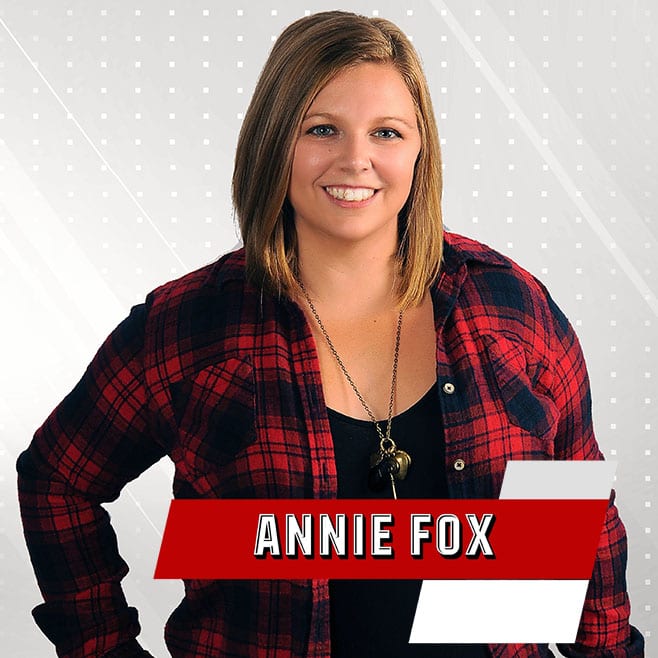 Where did you go to college?

When did you meet husband Rob?

Sounds weird to say, but I’ve known Rob pretty much my whole life. He stole my heart the day he walked into Sacred Heart in the 3rd grade! From first crush to ignoring each other in high school, we reconnected at a house party (of all romantic spots) after college. We STILL can’t agree on when we actually started dating, but we’ve been married since 2013!

How many times have you seen Tim and/or Faith in concert?

If you ask Rob, too many! I got into radio with one goal: Interview Faith Hill. Still chasing the dream…

You love vacations.  Which was the worst?

I’m not sure I ever had a BAD vacation. I’m a firm believer that some of the worst times turn into the best stories! I did once stay in a hotel only to find out it was the spot of a crime scene the previous night! (You could STILL see the stains on the carpet!)

If you went on a vacation with the rest of the Dawn Patrol, who would be most likely to get lost while sightseeing?

Probably me or Laura, because we’d stop to help an animal and get left behind by the rest of the group! 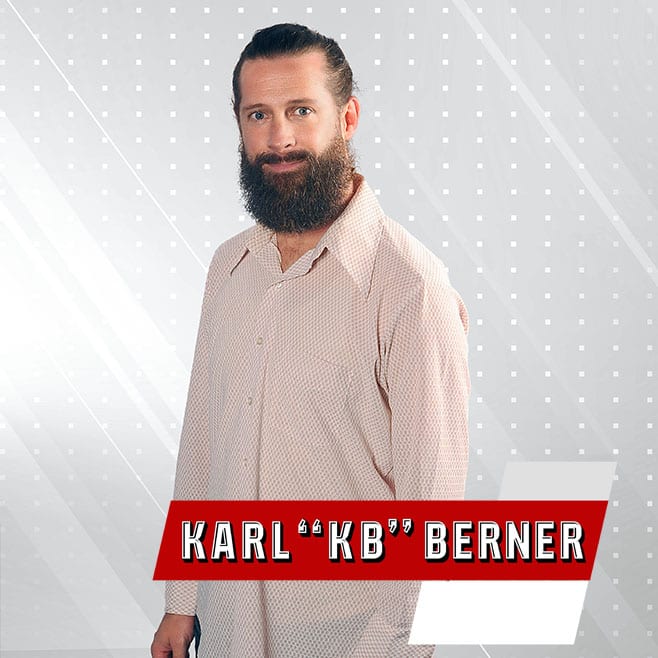 I was born and raised in Valparaiso.

What was your first job as a kid?

I slung papers for the Post Tribune at age 13.

What was your worst moment in radio?

Physically holding down a pop-up tent in a torrential thunderstorm so it wouldn’t blow away; that station event just barely finished before the storm hit, and I truly thought my co-workers and I might die that day!

If you weren’t working in radio, what would you be doing?

I’d be teaching or working in sports television in some capacity, I’m sure.

You and Steve Zana have done a lot of community theatre in the Region. Besides Steve, which of your Dawn Patrol co-workers would you most like to see in something?

Aside from having seen our Business Manager Rhonda Russ in a few productions, I’d like to see Scott Rosenberg and Laura Waluszko do a gender-neutral production of Neil Simon’s “The Odd Couple”, set in 2019, with Scott as Oscar and Laura as Felix (and with the way kids get named these days, I can definitely see “Felix” as also being a female name)! 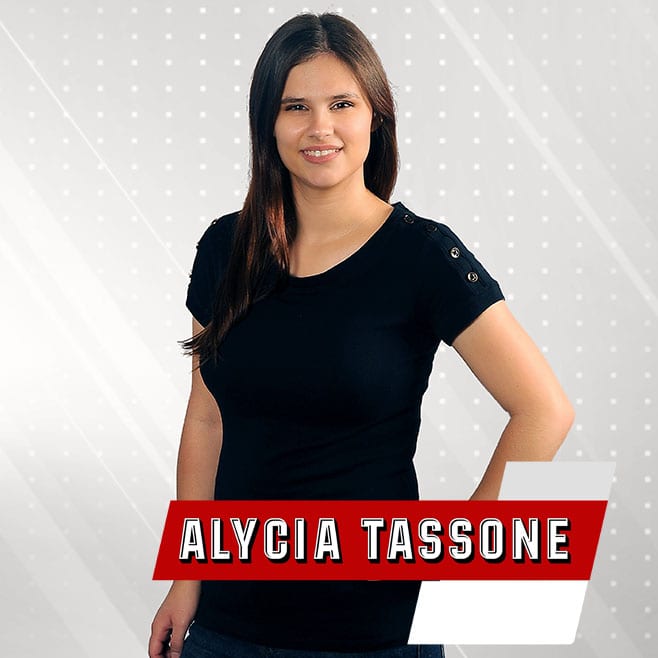 I was born and raised in Northwest Indiana and have lived in DeMotte my whole life. Small town living is all I know, and I’m okay with that.

Where did you go to college?

St. Joseph’s College in Rensselaer, so… pretty close to home – but I lived on campus because I wanted the whole college atmosphere.

I chose to study mass communication with the original intention of being a sports writer or reporter, but after getting the opportunity to work at the college radio station, I fell in love with radio. I still love sports though, especially the Cubs!

As a disc jockey, who is your favorite artist?

I have a lot of artists that I really love, including Shania Twain, Luke Combs, and Carrie Underwood – but my favorite artist is Dan + Shay. I actually discovered them while I was the music director at St. Joe’s radio station, and even got to meet them once at one of their concerts on their first tour. Fun fact: Their opening act on that tour was Cam, who has since burst on to the scene herself.

As a traffic reporter, what Region road seems to jam up the most?

As a traffic reporter, I love it when I can say “smooth sailing” on the roads, but that doesn’t always happen, especially on 80/94 (the Borman), which we affectionately call the “Bore-Monster.” US 30 usually gets a little rough in the afternoon, too. I love that our traffic tipsters can call in and tell us exactly what’s going on out there, so we can pass along the info to everyone on the roads.

The Village of Lansing, Illinois near the Lansing Airport. I attended Thornton Fractional South High School (yes, I was a “Rebel”).

When did you start growing the mullet?

I always had long hair in the 80’s (Big Hair)! The Mullet began after I graduated from Columbia College Chicago in 1991.

The Mullet Man loves to fish. What’s the craziest thing you’ve reeled in?

I was fishing on Silver Lake at Silver Sands Mears, Michigan on a pontoon boat using a floating top-water lure. Suddenly a seagull swooped down and flew off with my lure in its beak. It was like flying a kite (LOL). I ended up reeling in the seagull and threw a towel over its head and removed the hook (Catch and Release). The seagull flew off.

I love to fish at a farm pond (it’s nice to know a farmer), but I really like JC Murhpy Lake, Willow Slough in Newton County. Hooking up a trolling motor and navigating around the lake while having a cold beverage and listening to music on the radio. It makes for a perfect, relaxing Sunday in “Gods” Country.

The Mullet Man loves to play the drums. What’s your favorite drum song?

There are so many “cool” drum songs, like the intro to the song “Hot for Teacher” from Van Halen. I love the shuffle drum pattern.    Gotta have two bass drums for that one, but that’s cool, because I love big drum kits!”

When I was in High School band I was told I would be better off in study hall (because I never practiced my trombone).   That gave me time to discover that our school had a radio speech class. Then I visited my first radio station. After that, I knew radio was exactly where I needed to be.

What was your first radio job?

Working weekend shift at the local “Beautiful Music” radio station in Pekin, Illinois.   My first full-time radio job was in the Army in American Forces Radio in Kaiserslautern, Germany, serving the largest American audience outside the US. I was doing afternoon drive playing Top 40 music.

Who is your favorite country artist?

Who is your favorite non-country artist?

If you weren’t in radio, what would you be doing?