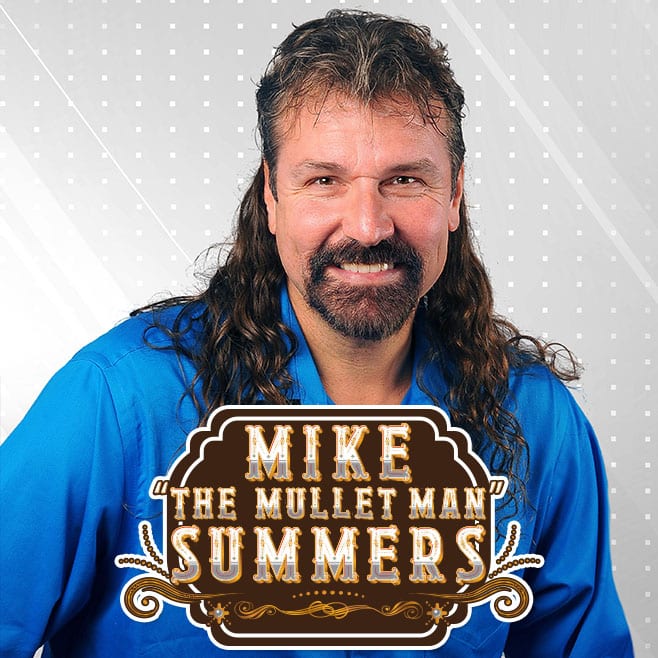 Mike “The Mullet Man” Summers has been bringing the Region home long enough to have his own corn maze! Whether you’re at work or on the road, he’s the kind of Region original that always makes you feel at home.   And Mike loves Country – almost as much as sharing his afternoons with you! Alycia Tassone shares in the fun too, while passing along updates from the Region News Team and information on those Borman, Toll Road and I-65 traffic jams. It’s everything your radio needs to help you go from work to home (or maybe the other way around if you’re on shift work) from Chicago to South Bend! 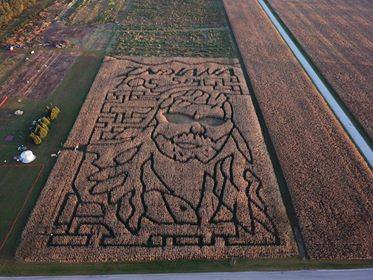 Where did you grow up?
The Village of Lansing, Illinois near the Lansing Airport. I attended Thornton Fractional South High School (yes, I was a “Rebel”).

When did you start growing the mullet?
I always had long hair in the 80’s (Big Hair)! The Mullet began after I graduated from Columbia College Chicago in 1991.

The Mullet Man loves to fish.  What’s the craziest thing you’ve reeled in?
I was fishing on Silver Lake at Silver Sands Mears, Michigan on a pontoon boat using a floating top-water lure. Suddenly a seagull swooped down and flew off with my lure in its beak. It was like flying a kite (LOL).  I ended up reeling in the seagull and threw a towel over its head and removed the hook (Catch and Release).  The seagull flew off.

What’s your favorite Region lake to fish?
I love to fish at a farm pond (it’s nice to know a farmer), but I really like JC Murhpy Lake, Willow Slough in Newton County. Hooking up a trolling motor and navigating around the lake while having a cold beverage and listening to music on the radio. It makes for a perfect, relaxing Sunday in “Gods” Country.
The Mullet Man loves to play the drums.  What’s your favorite drum song?  There are so many “cool” drum songs, like the intro to the song “Hot for Teacher” from Van Halen. I love the shuffle drum pattern.    Gotta have two bass drums for that one, but that’s cool, because I love big drum kits!”