The Indiana Department of Health Wednesday announced that Hoosiers age 12 to 15 who received their second dose of the Pfizer vaccine at least five months ago are now eligible to receive a booster dose following approval from the Centers for Disease Control and Prevention and FDA. The FDA amended the emergency use authorization (EUA) for the Pfizer vaccine on Monday to allow a single booster dose for people aged 12 to 15. The CDC endorsed the recommendation Wednesday.
A news release from state health officials said the FDA also expanded the Pfizer EUA by shortening the time between the completion of the primary vaccination series from six months to five months and allowing certain immunocompromised children aged 5 to 11 to receive a third primary series dose. The CDC authorized those changes Tuesday.
State health officials say booster doses have been shown to increase protection from hospitalization and death against the highly infectious Omicron variant, which is fueling a surge in cases across the country. Data out of South Africa and the United Kingdom show that two doses of a Pfizer vaccine provide approximately 35 percent protection against the Omicron variant but that a booster dose increases that protection against infection to 75 percent, the Indiana Department of Health said.
The Pfizer vaccine is the only vaccine approved for individuals younger than age 18. Hoosiers seeking a booster for a child aged 12 or older can go to www.ourshot.in.gov and look for a location that carries the Pfizer vaccine, designed by PVAX, or call Indiana 211 (866-211-9966) for assistance. Appointments are recommended, but many sites also accept walk-ins. 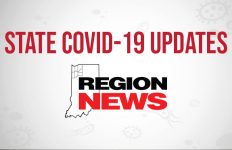